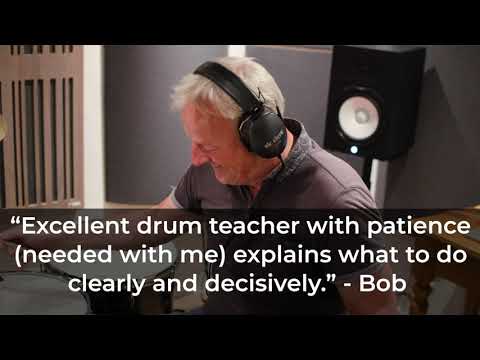 Tom is a drummer and educator based in Leeds, UK. He has been working as a professional musician since 2013 when he graduated from Leeds College of Music with 1st class honours in Jazz Performance and received the John Sheerer prize for Drum Kit.

Since then, Tom has performed extensively across the UK and the world with various acts including Renegade Brass Band, Portmanteau, and Back Chat Brass.

As well as performing, Tom is heavily involved in music education and, alongside teaching drum lessons, has delivered hundreds of workshops, interactive concerts, and long-term music projects in a wide variety of settings. Tom is proud to be a practitioner for the charity Live Music Now and has delivered hundreds of sessions and workshops to help people with special educational needs and disabilities communicate and express themselves through music. He now works as a mentor to new musicians who are joining the Live Music Now scheme.

In 2017, Tom achieved a Masters in Jazz performance at Leeds Conservatoire where he studied extensively with Sebastiaan De Krom and Ralph Salmins. He has since been invited back to the college to run higher education lectures and workshops educating others on working with children in music.

Tom teaches from his studio in Leeds, where pupils will be given the chance to learn on industry-standard equipment. This means they will have the ability to record themselves and listen back to their progress. This has proven to be an invaluable resource to all of Tom’s pupils.

Tom specialises in Jazz (small group/big band), Rock, Pop, Funk, Blues, Motown/Soul & Hip-Hop, Rudimental snare drumming and drum technique but will happily teach and advise many other styles of music. Tom teaches music theory during the lessons, and all of his pupils will learn to read and understand music notation as well as playing by ear, as he believes both skills are equally important.

Tom is happy to teach grades, and favours the Trinity Rock and Pop grades for his drummers, but is also happy to teach Rockschool or any other grading exams pupils would like to study. Grades are not a requirement for Tom’s pupils, and sitting them is purely a choice of the pupil.

Pupils should come armed with their own sticks (but don’t worry if you forget, Tom will have spare). The first lesson is all about getting to know you, and Tom will be interested in finding out about your previous musical experiences (if any!), your general interests, and what you want to achieve on the drums. Tom will endeavour to teach you in a way that helps you to get the most out of your lessons and helps you to achieve your musical goals. He will always aim to make lessons pupil focussed and fun!

So whether your aim is to headline Glastonbury on the Pyramid Stage, or simply to play at home in your PJ’s for fun, get in touch and book your first lesson!